Dr Sam Pitroda is an internationally respected telecom inventor, entrepreneur, development thinker, and policy maker. Credited with having laid the foundation for India’s telecommunications and technology revolution of the 1980s, Mr. Pitroda has been a leading campaigner to help bridge the global digital divide. During his tenure as Advisor to Prime Minister Rajiv Gandhi, Mr. Pitroda led six Technology Missions related to telecommunications, water, literacy, immunization, dairy production, and oil seeds. He was also the founder and first Chairman of India’s Telecom Commission. In these plural roles, Mr. Pitroda helped revolutionize India's development philosophies and policies with a focus on access to technology as the key to social change.

ASEI and Sam Pitroda  have a long time association. In addition to being the ASEI  lifetime achievement award winner in 2016 , he has spoken at 2006 and 2016 National Conventions as well as the 2020 convention  featured a special message from him for the YTE participants and attendees. However, Piyush has an even longer association with him dating back to 1989 when Mr Pitroda was the Chairman of CDOT and Telecom Commission in India! In his conversation, Dr Pitroda shared the essence of his 55 year journey as an engineer, inventor and entrepreneur in US and covered broad technology & policy  trends that he feels are likely to shape the world going forward. 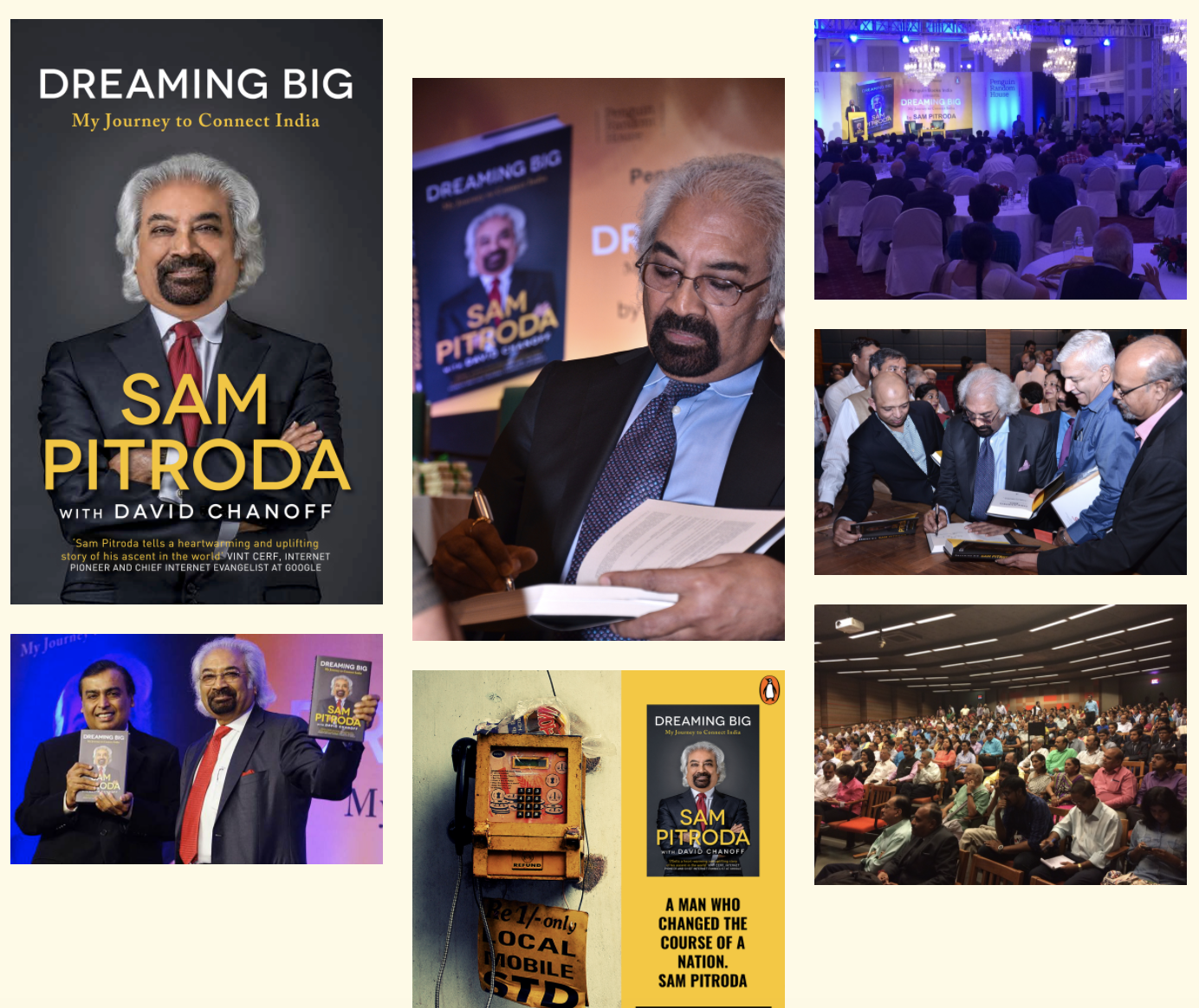 Current world order was created post world war 2 and was built around five major area: Democracy, Human Rights, Capitalism, Consumption and Military. These areas gave us worldwide institutions such as the United Nations, World Bank and GDP. However, this world design is now 75 years old and is built on a world view that does not exist anymore. Post-World War we have seen the dismantling of Soviet Union, rise of countries gaining independence, China being a major player in world politics, energy and huge leaps in technology. Downside of this world order is that inequality around the world increased. Finally, we have a major event of COVID-19 pandemic which highlighted the fact that everything is interconnected. So where do we go now?

As per Dr. Pitroda, world order should be based on two P's:

·        Planet - We all live on the same planet and cannot ignore planet. Focus should be on global warming, pollution, etc.

·        Change thinking to Conserve not Consume

·        Non-violence should be the foundation we build everything on.

In his final comments, Dr. Pitroda said science and technology can lead us to this new world, just as science and technology has shaped our current world. He was very complimentary of the Engineers of Indian Origin in America and commended us all for choosing this noble profession where we have the ability to innovate and positively impact not only US but also India and ultimately the world.

You can  see the full video of this EngineeringTales here